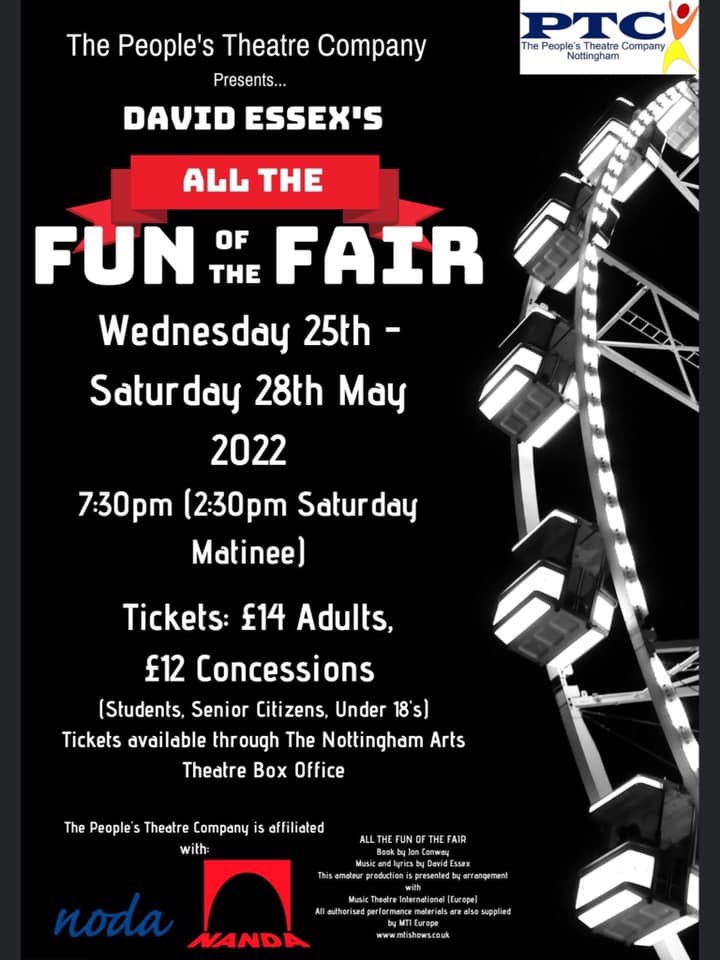 All The Fun of the Fair

Presented by The People's Theatre Company

Set in a 1970's travelling fair with dodgem cars, waltzers, a rifle range and candy floss booths, all which have seen better days. Levi Lee, the recently widowed proprietor who is struggling to keep his fair afloat, as his star attraction, The Wall of Death, has been closed down. His problems are exacerbated when his troubled son, Jack, falls for the daughter of Harvey, a local unscrupulous businessman, who isn't too happy that his little girl is courting "a pikey".

Love too begins to blossom between Levi and Rosa, the fortune teller, who foresees a storm approaching. Right she is too, as Harvey despatches a mob of his crone thugs intent on destroying the fair and driving Levi and his ragged bunch from the town. Levi has no choice but to stand up and fight for what is his, or lose everything. Will it prove that every cloud has a silver lining?

Songs include: Winters Tale, Hold Me Close, Gonna Make You A Star, Me And My Girl Nightclubbing, Silver Dream Machine and Rock On.